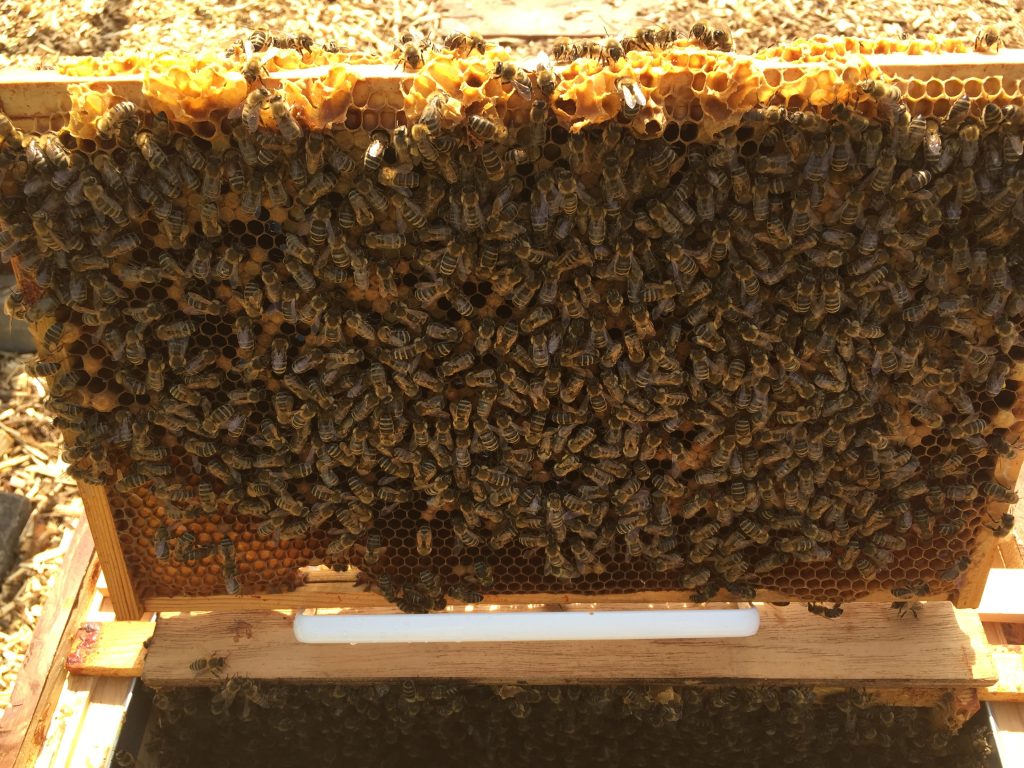 During the transfer from nuc to hive, I’d only seen the pink queen. She was marked but the brown queen wasn’t and there was no sign of her. The standard advice is not to worry. So long as there’s eggs, you know she’s there, but the art and craft of egg-spotting can be another challenge. Like many newbie beekeepers, I wanted visible reassurance of the queen’s presence so called on Patrick for help to find and green-dot the white queen so she matched her sister.

Typically, she appeared straight away!

How could I have missed her?

Brown queen was much longer, a different colour and walked with a unique style. Other bees scurried about while she roamed more directly across the cells like a girl with a mission. She still got marked though. 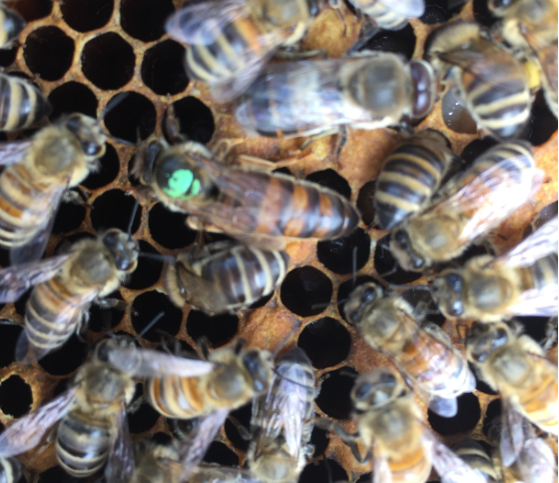 With both queens wearing green, it was time for a lesson in egg spotting.

I’m short-sighted and need to get up close but the veil gets in the way and bee eggs are so incredibly small. Holding up the frame with the sun behind me helped a bit and I’m going to order a magnifying glass with a built-in light.

For now, the answer seems to be photos which can be magnified afterwards. They also let you revisit the inspection and spot things you might have missed.  Nothing is as stunning as a cluster of multicoloured bees with the sun shining on them, and a photo fixes the moment beautifully.

The best part of queen hunting is seeing the bees at work. In the beginning, when the language was new to me, I hadn’t really understood phrases like ‘wax foundation’ and ‘drawn comb’.  I imagined wax being sold in a tub and the idea of ‘drawing-out’ comb defeated me. When you’re first starting out you get nervous about asking too many questions, but seeing the bees making their cells on a frame I’d built for them, suddenly made it all clear. This is the magic of beekeeping and a real privilege to witness. 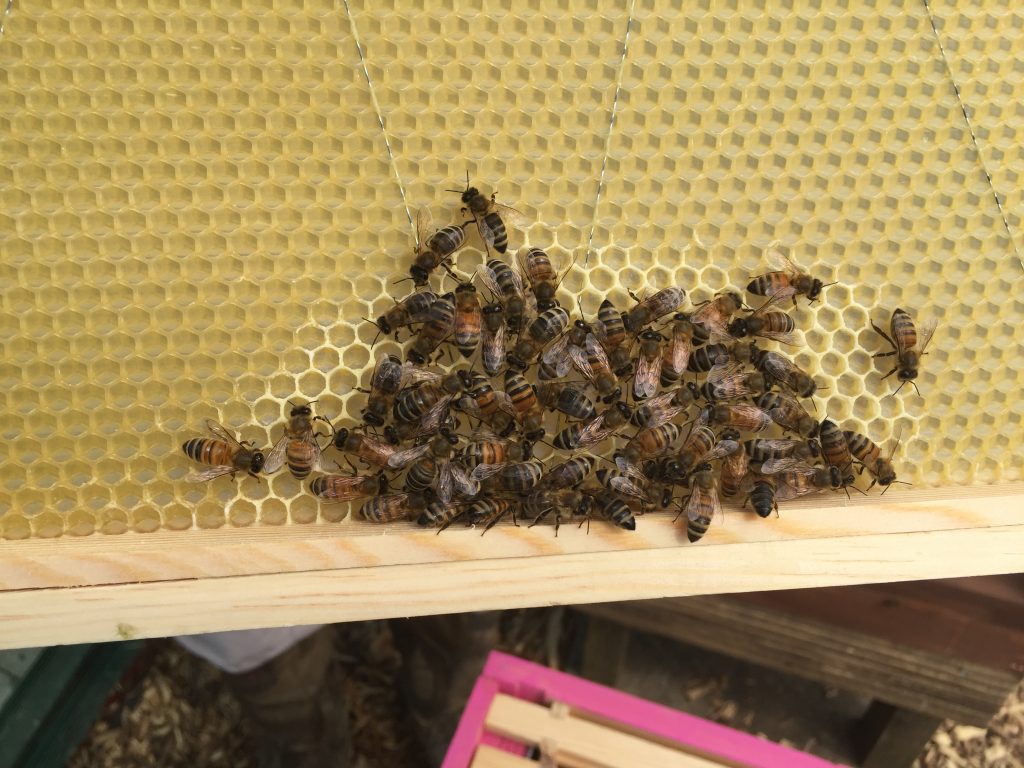 The information on a frame can appear random. There’s pollen, nectar, eggs and different larvae all mixed up together. Again, taking photos helps. Although it’s a bit overwhelming at the time, I can study them afterwards. 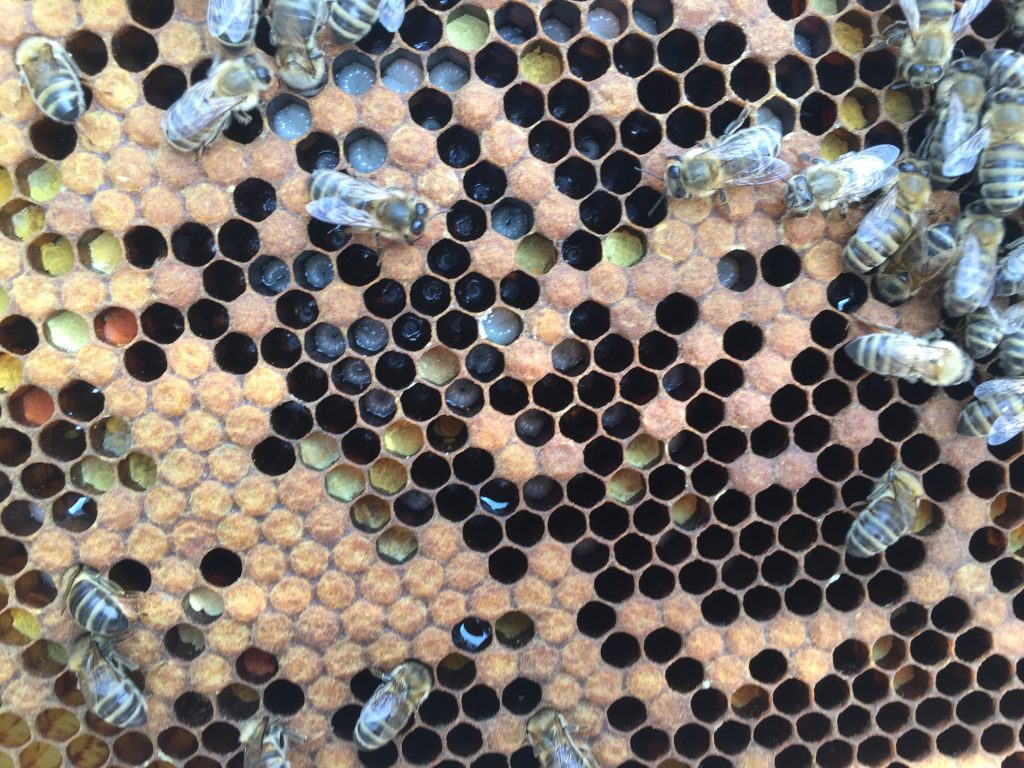 Transferring the bees from nucs to the hives, I wasn’t sure where to stand or how to position the frames. Patrick suggested using the warm way where frames are parallel to the entrance, as well as positioning the boxes so I could inspect from behind, rather than the side or front. Like everything with beekeeping, there are multiple ways to work and inspection techniques will come down to personal preference. Developing an approach which is right for you and your bees is a big part of the learning curve in first few weeks of caring for them. 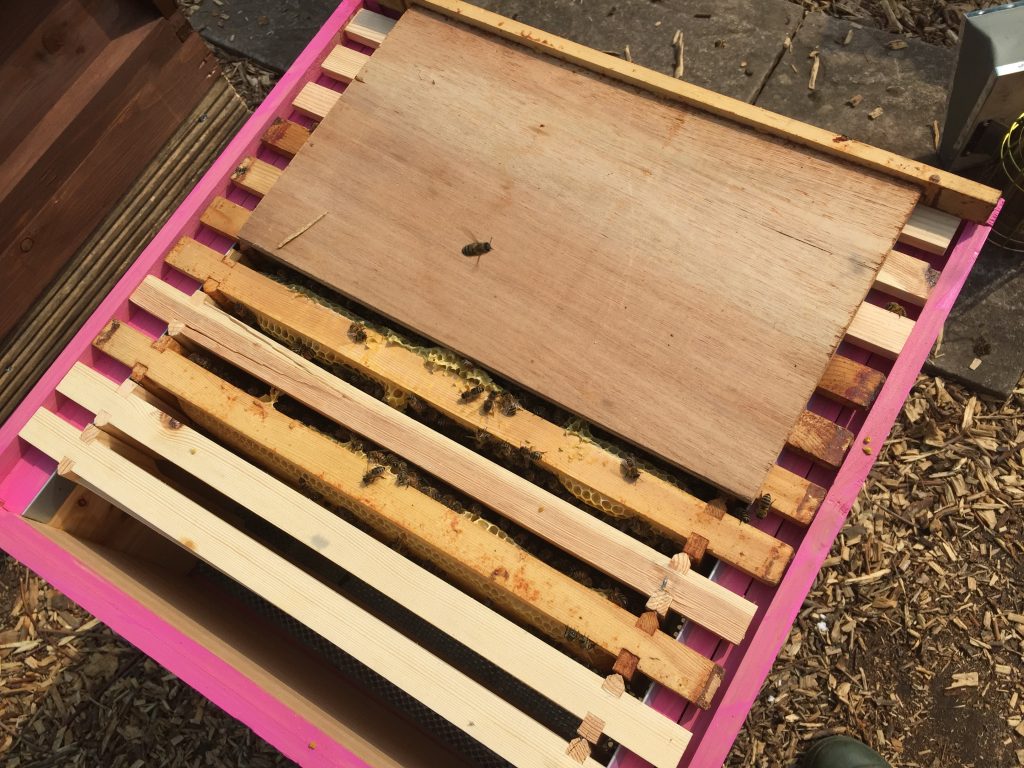 Another useful suggestion was laying a dummy board over the frames to act as a cover and reduce the amount of bees flying up from the open box. These bees are really calm and they carry on regardless, but it also helps keep in the warmth at a time when the brood nest is being exposed.

So far the bees don’t seem to mind me being there, but I’ve been reading accounts of bad temper and aggression in the online forums. This is a concern because my bees are in public space on an allotment. So far, everyone has been really supportive. Fellow plotters have come to watch and take photos, but it could only take one bad experience to spoil it. 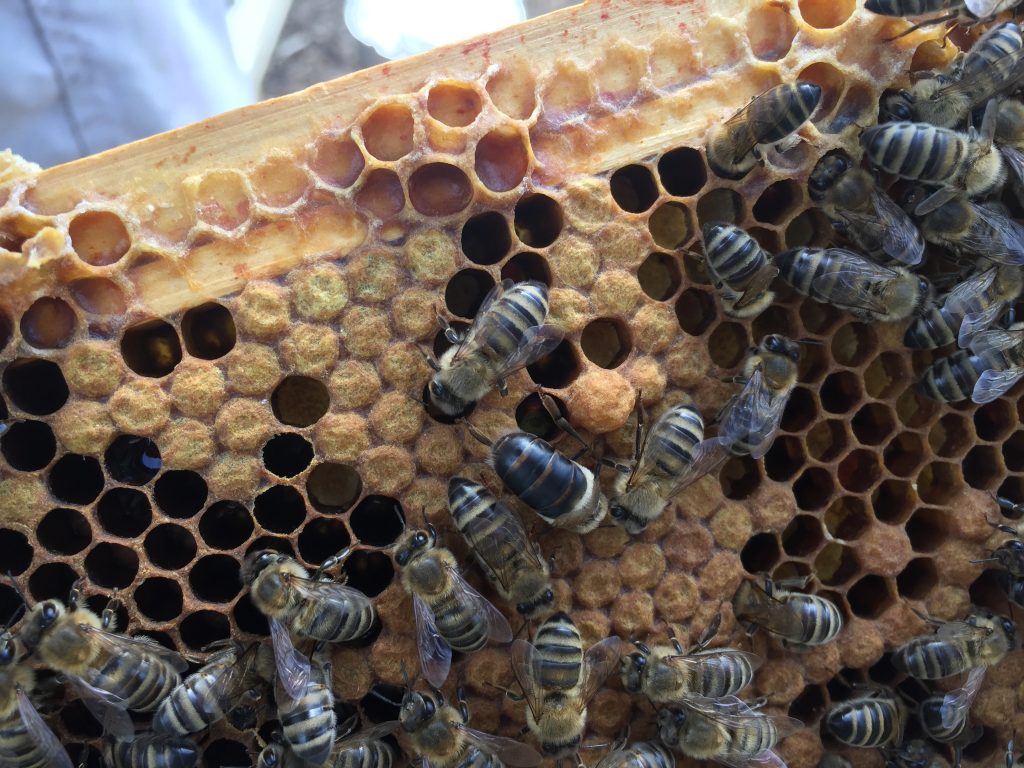 I love these bees and want this to work. It’s a great opportunity to share my fledgling knowledge with other allotmenteers, but having responsibility for the health and welfare of the colonies feels like a big commitment.  The learning curve is huge. It makes so much difference to have a more experienced mentor to point out the obvious, and answer my endless questions, but I don’t like to keep asking. I have to learn a DIY approach, think on my feet and make my own judgement calls.

The next post will be about my first solo inspection in a week’s time. 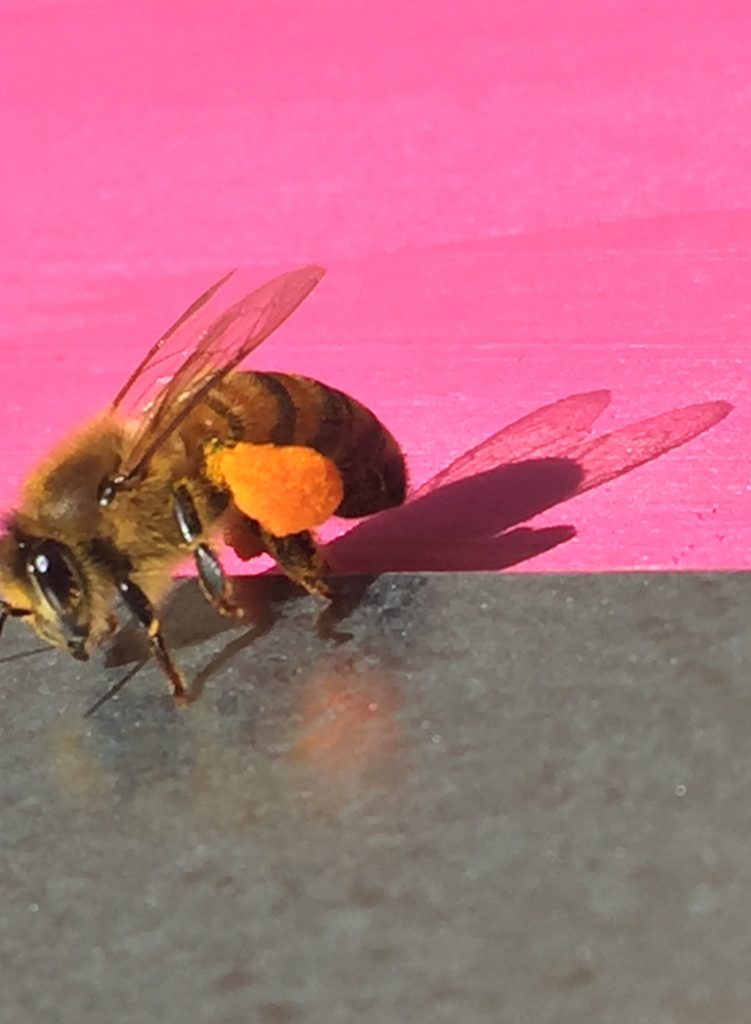