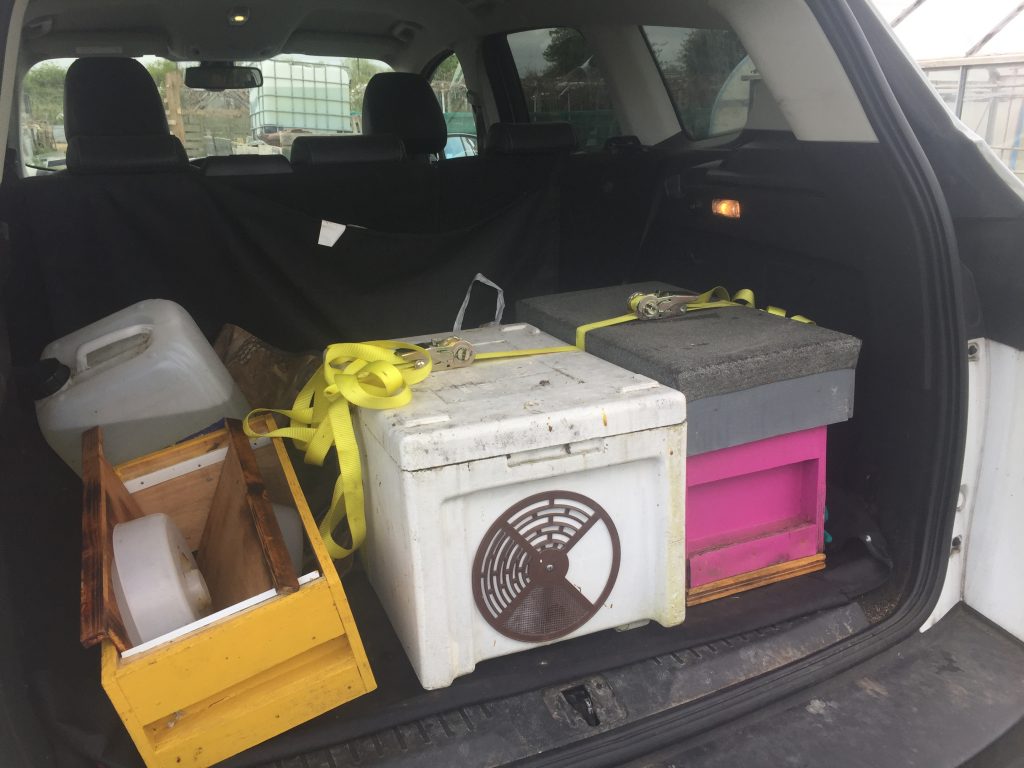 The bees have arrived.

Locked in their nuc boxes the previous night, they travelled a couple of miles to their new allotment home on Saturday, and were placed on the hive stands. The entrances faced south to get the most of the morning sun. While I’d left space at the back and sides for inspections, south facing entrances meant the flight line pointed directly into the apiary rather than facing away from it. Another newbie error. There’s space for expansion so if I get more hives, or the girls don’t seem to like me walking in front of them, I may need to rethink. 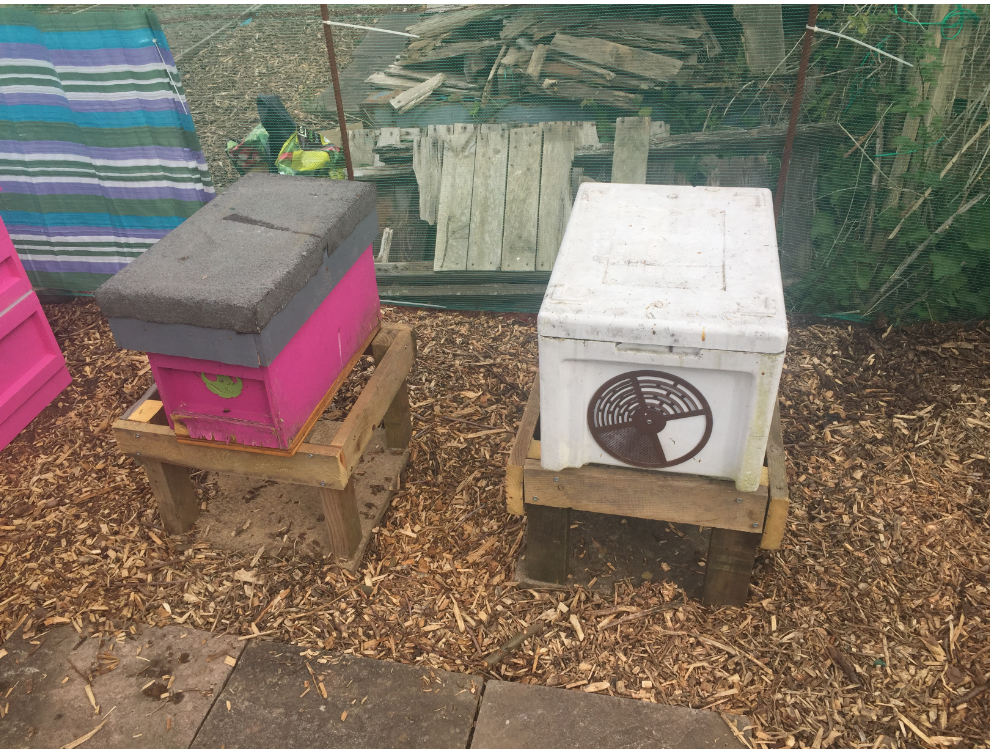 Sugar syrup was given to ensure they had enough stores while reorientating. One of the feeders had a missing cup so I made my own using an inverted glass jar with holes punched into the lid. I didn’t expect to be feeding this time of year when there’s lots of blossom and blooms, but learned for small colonies like these, feeding means they can focus on collecting pollen, rearing brood and drawing out comb. A bit like offering a helping hand while they get established. 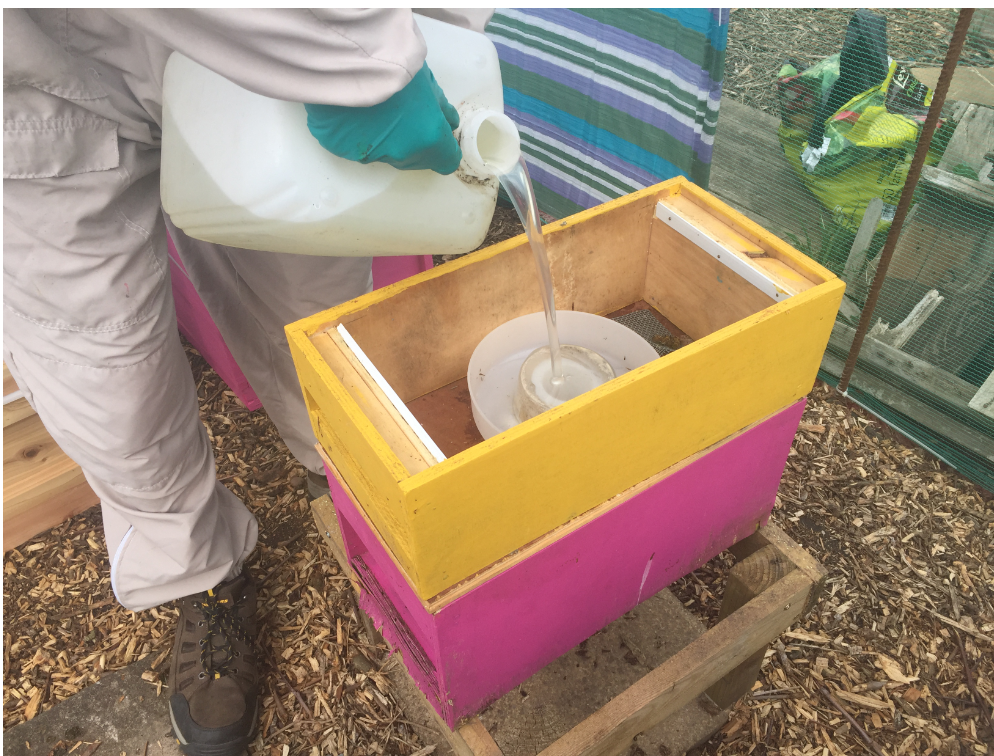 We had a quick look inside the nucs before leaving them to settle. The bees seemed busy and there were already small amounts of comb on the top of the centre frames. One of the nucs had a perspex top so you could see in without disturbing them. I liked this and am thinking of trying it on one of the hives when the weather is good and I’ve stopped feeding. 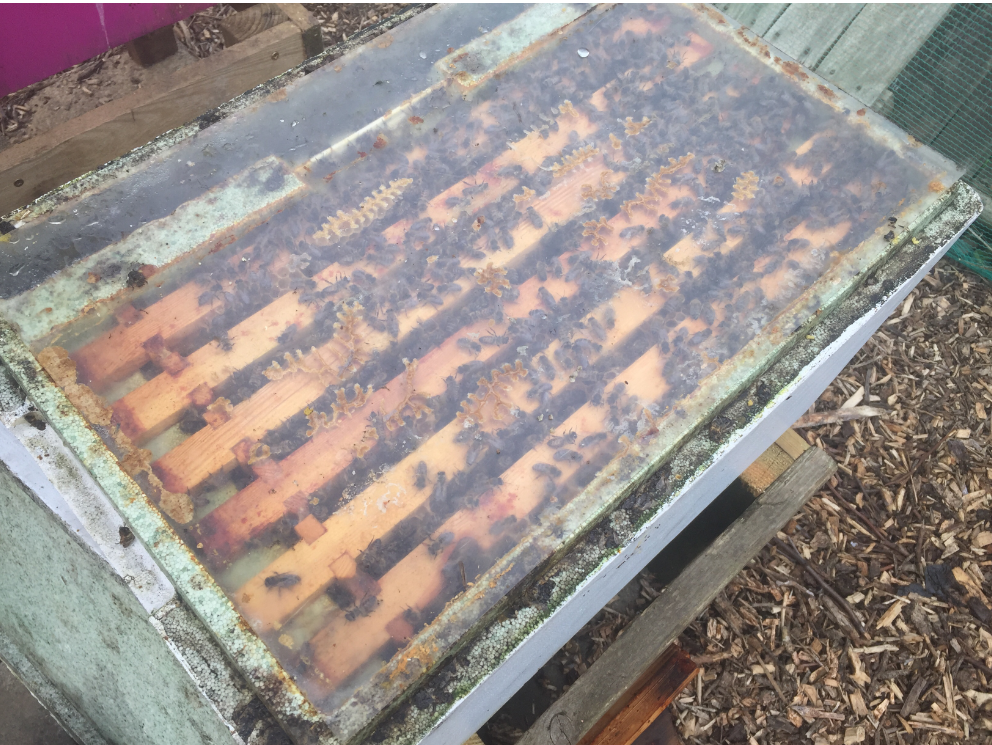 Should I provide water? The forums have photos of old bird baths or containers with stones and crunched up towels. Some people say yes, while others say bees will always find a drink, especially on allotments. If I provide water where should I place it? Inside the netting or further away?

Whatever the question, there’s answers online but it’s not easy when there’s so many different opinions. Newbies are encouraged to do what’s right for their bees but how do you know about them when they’re new and you have so little experience to draw on? It’s all part of the learning curve. Yet again, I tell myself bees have been doing it for years. Don’t panic. Give it time to observe and get to know them. In the meantime, like a nervous first-time parent, I provide a water source close by. 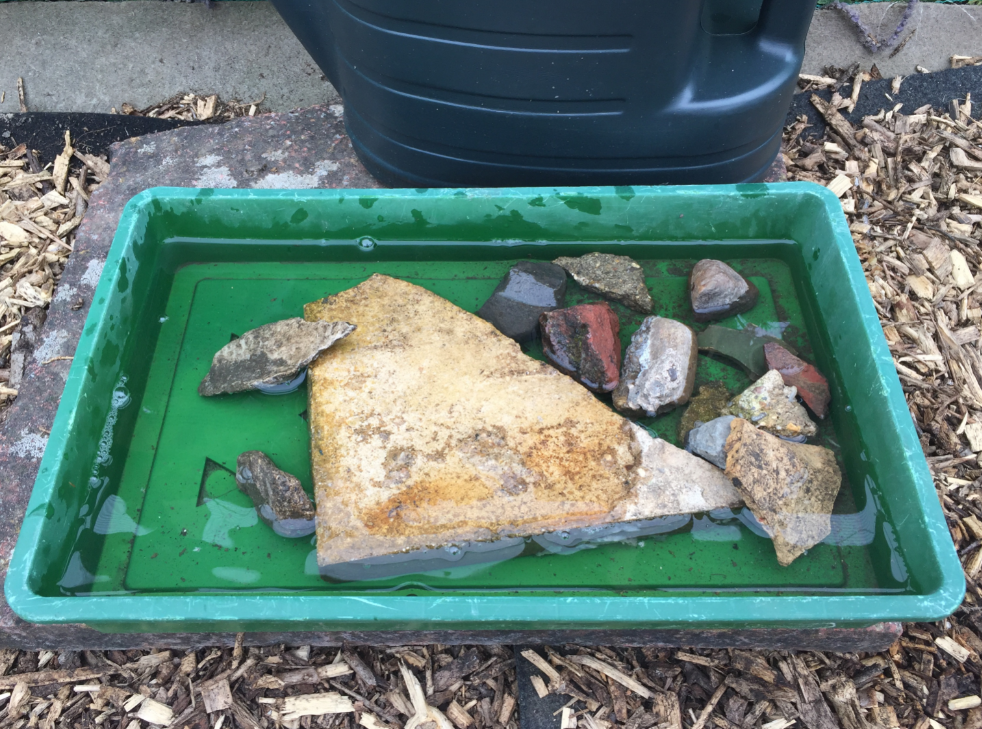 Later, I sat and watched from outside the netting. It was hot and sunny and the bees were flying. At first they came out a little way and returned. As I observed them, I noticed the flights getting longer, and the white nuc seemed the busiest. Next day this was reversed. The pink nuc was really active and the white less so. The day after, the pink continued to have lots of bees going in and out, while on the white they were clustered around the entrance. What does this mean? I’m wasn’t sure if it indicated a problem but decided to transfer this one first. 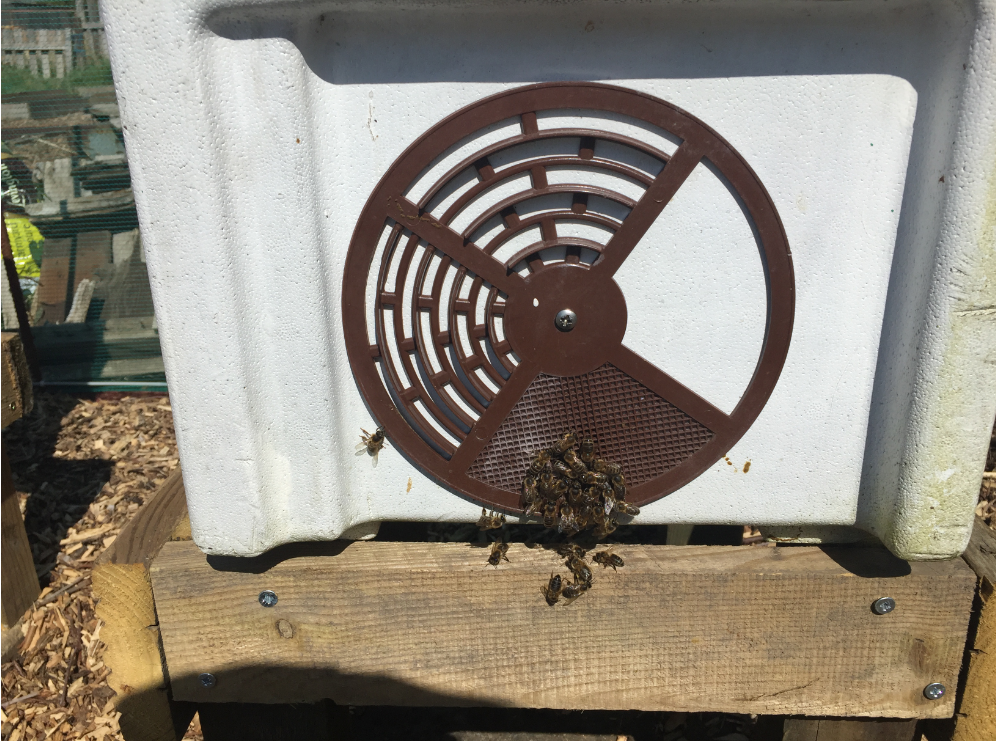 Now the apiary area is complete, I’m thinking about redesigning the rest of the allotment. At this time of year, the forums are full of posts about angry bees with gruesome photos of bee stings. I’m beginning to worry if such a public place was foolish. Do I need to plant, weed and harvest in my bee suit and what about the seating area outside the shed? It’s perfect for watching the bees but is it too close?

Also, if I plant bee-friendly flowers by the netting, will the bees fly down for pollen and nectar or is this too near their new home? If bees fly up to three miles, will they be more focused on nearby trees and gardens, or attracted to the park a few hundred metres away. I want to plant something to help shield the netting from the internal road but at the present time, with garden centres closed and restrictions on travel, the choice is limited – which gives me plenty of time to decide what to do.

The short (12 second) video below shows the bees flying in front of the nucs on the first day.